Nordic iGEM teams gathered in Lund to prepare for the world championship in synthetic biology!

Around 100 students from four Nordic countries gathered at Lund University on the 8-10 of June to participate in the annual Nordic iGEM Conference (NiC). The purpose was to prepare the Nordic iGEM teams for the international student competition iGEM held in Boston each year.

The conference was organized by this year’s iGEM Lund team after winning the 2017 NiC. As a tradition, the winners of the conference receives the honor of hosting the following years event.

“We wanted the conference to act as meeting point for the different universities to gather and get to know each other, discuss potential collaborations, participate in workshops and lectures. We also wanted the conference to emulate the final jamboree competition in Boston by including poster and project presentations in front of five judges with backgrounds in life sciences and one in scientific communication.” - Albert Anis, Project Manager

The main events took place on the 9th starting with our sponsors Kunskapspartner hosting a workshop in how teams can incorporate feedback in their projects. This was followed by a poster session which was also open for the general public to attend. This was highly appreciated by especially younger students at our university that wanted a greater insight into what iGEM is and how you can apply for next years team. 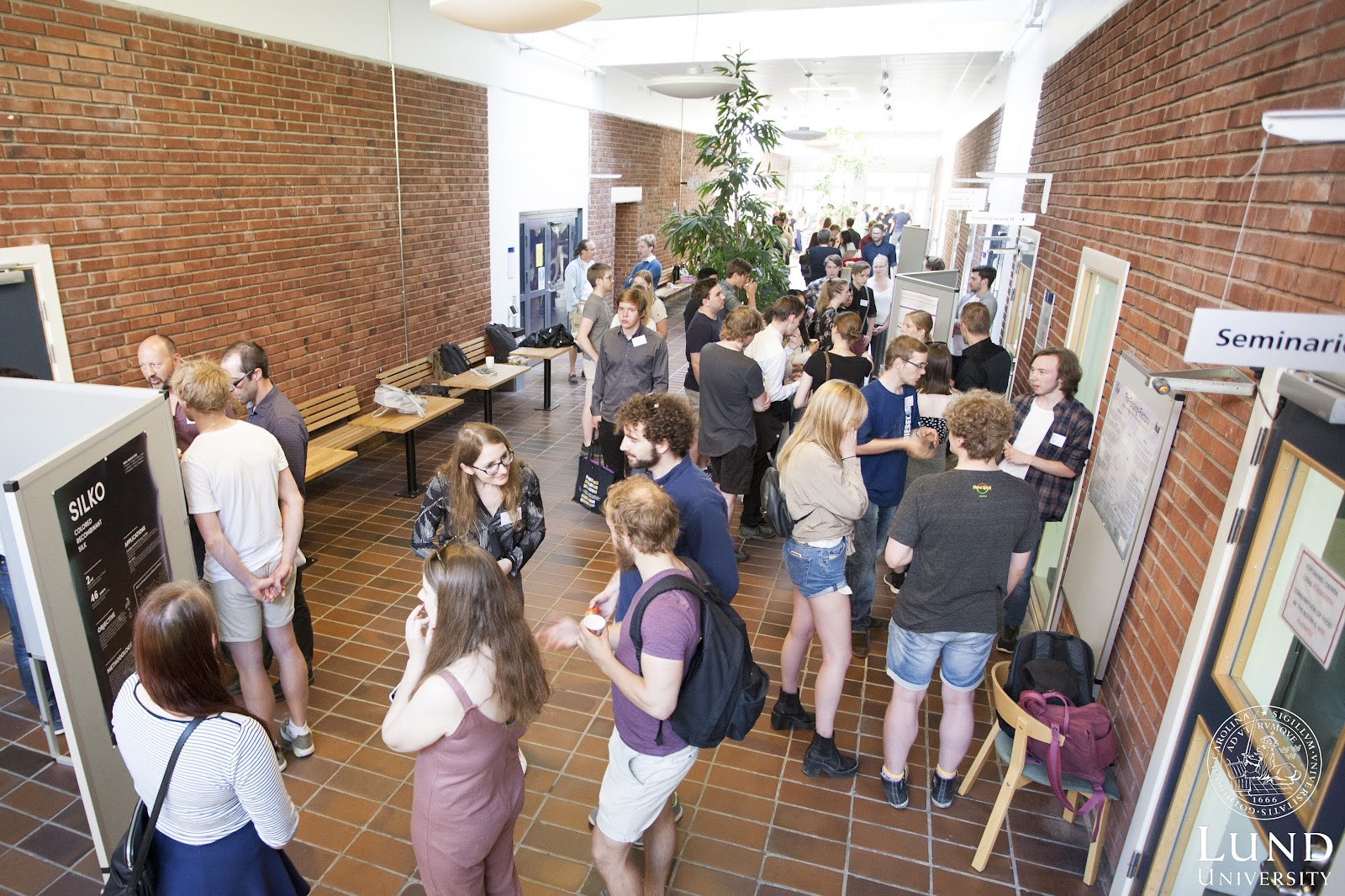 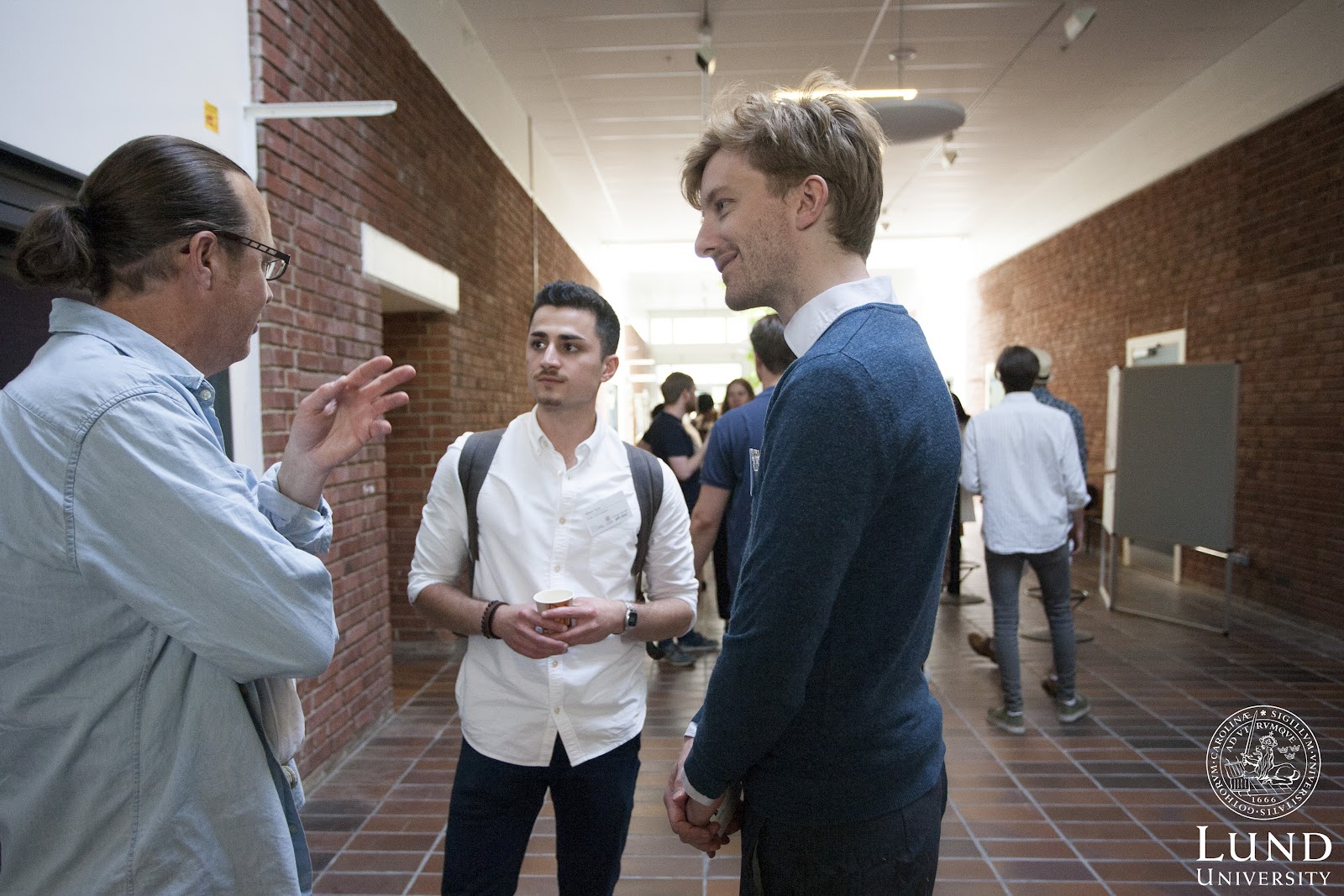 From the left: Viktor Öwall (Principle at the Faculty of Engineering in Lund), Albert Anis (Project Manager at iGEM Lund), Will Wright (Ambassador at the iGEM Foundation in Europe) - Photo Credits: Lovisa Majtorp

Thereafter, it was time for the project presentations. Each team got 10 minutes to convince the judges why their project should win this years NiC.

The teams had very interesting project this year. Some examples are Stockholm who wants to create a “super enzyme” that would break down antibiotics in wastewater. Aalto-Helsinki which aims to produce both silk and the coloring pigment simultaneously in E. coli to combat the colossal use of water in the textile industry. The team from Chalmers who want to cure colorectal cancer by modifying yeast to target cancerous cells and the Lund team that will work with improving the yields of recombinant proteins by utilizing Vitreoscilla hemoglobin to make more oxygen available for the cells.

Finally, it was time to prepare and dress-up for the gala dinner where the winners would be crowned. 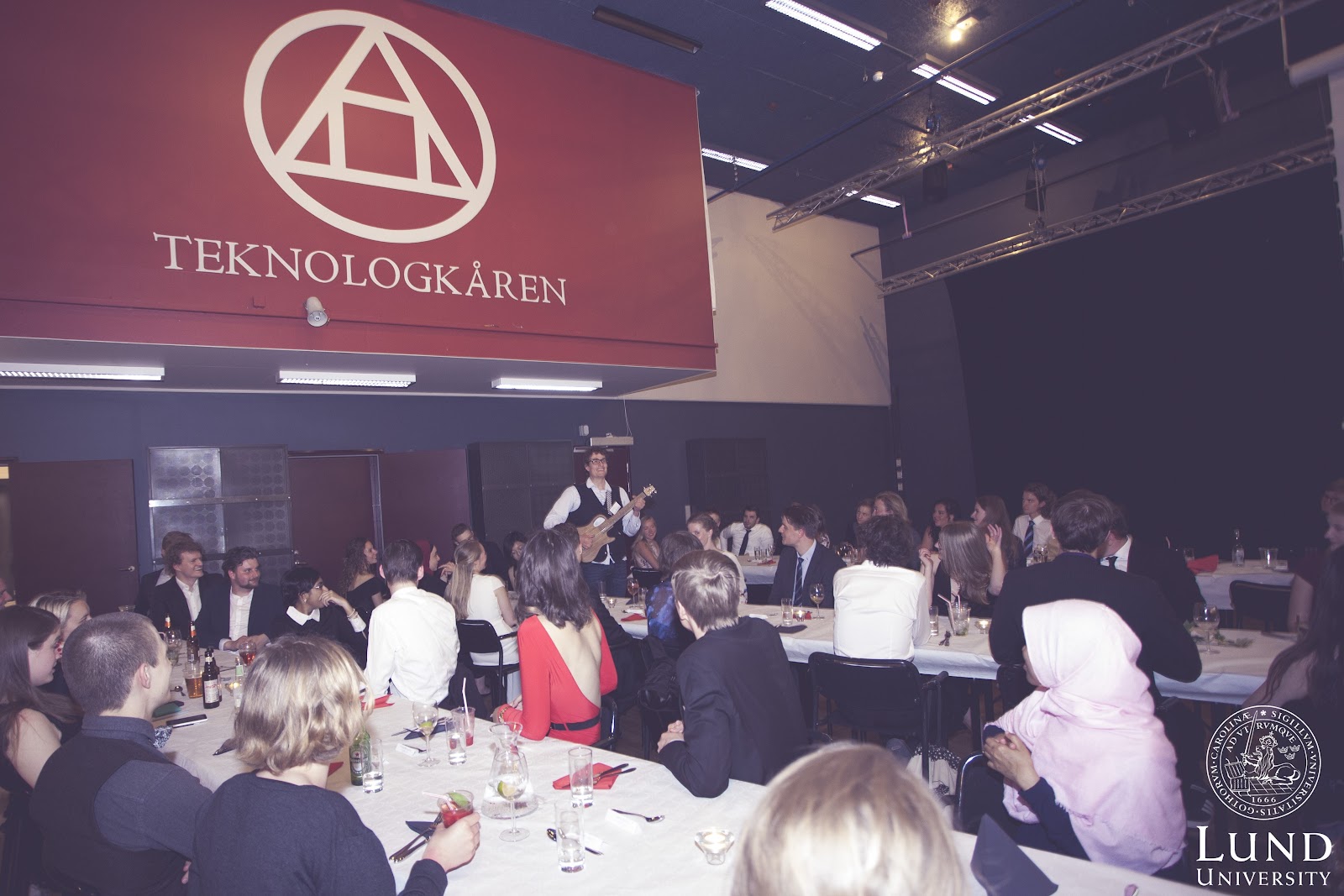 We even had some entertainment from one of the judges, Olle Bergman          Photo Credits: Lovisa Majtorp

This year iGEM Copenhagen scooped both the judges awards and the peoples votes awards. Their team wants to prevent muscle atrophy in astronauts using a biomimetic membrane that both produces and purifies the protein 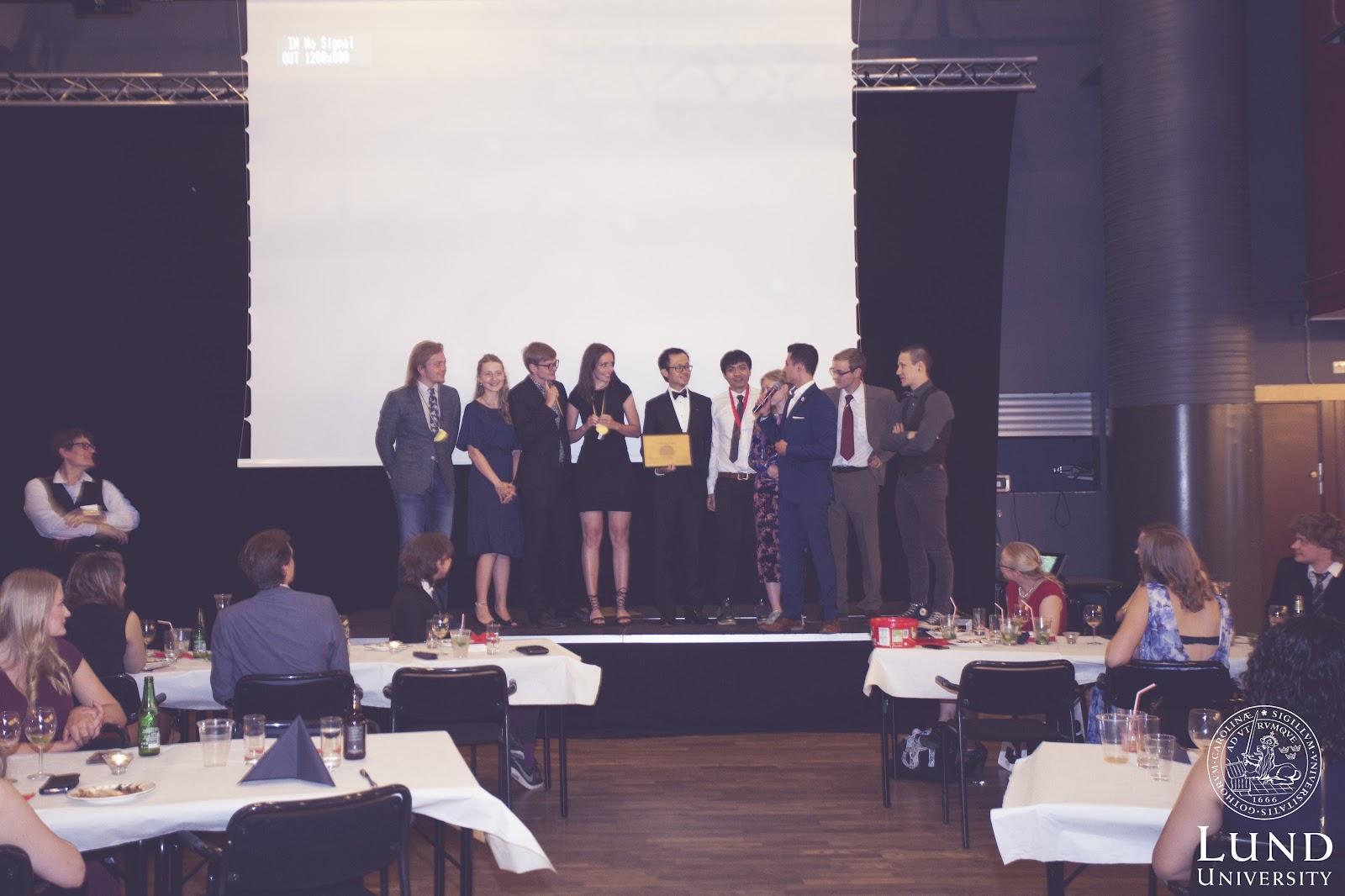 The Lund team sends out their deepest gratitude for everyone that participated and made this weekend into a successful and memorable event. 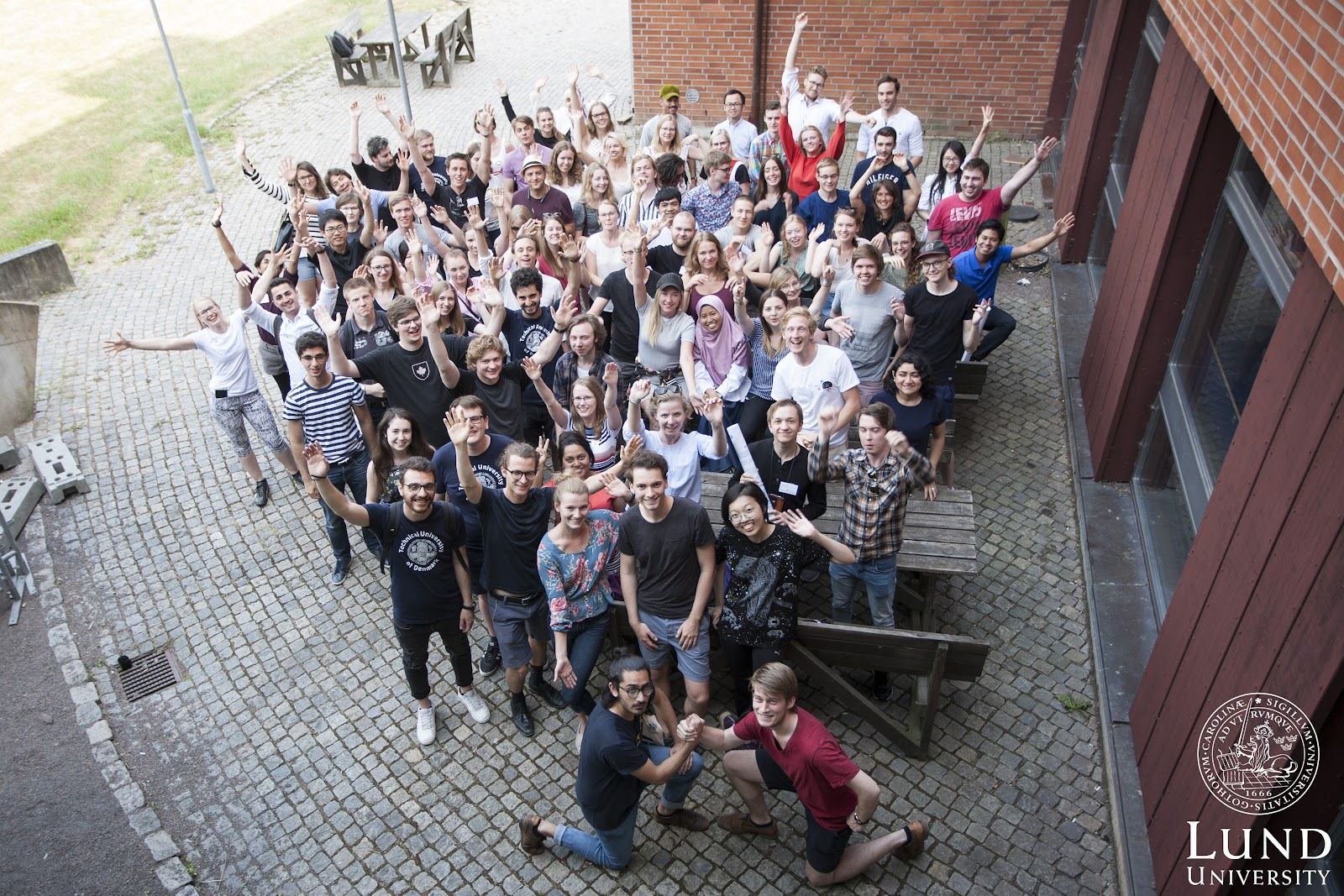