Nearly 5,400 participants, from 310 teams, representing 44 countries around the globe participated in iGEM in 2017.

iGEM Around the World: 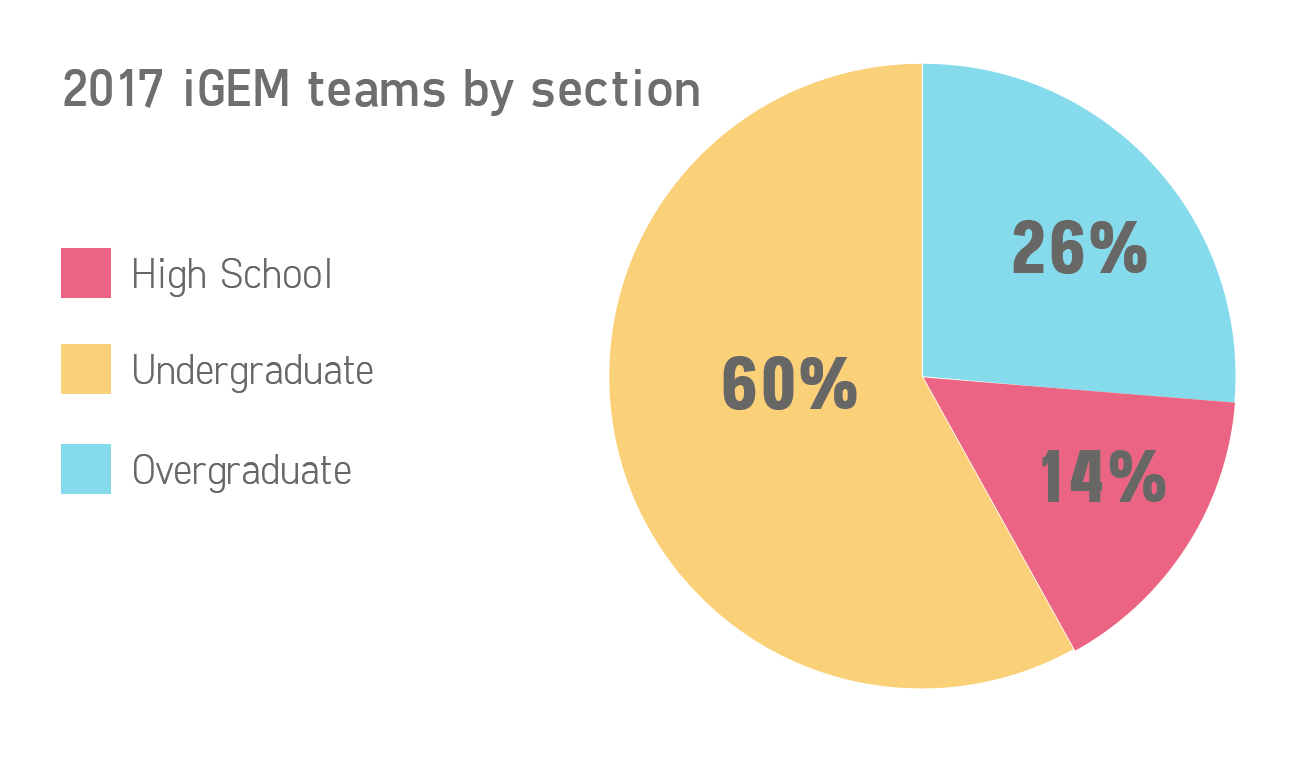 Undergraduate teams made up 60% of team participation, Overgraduate 26% and High School at 14%.

The high school track with 42 teams was made up of 64% of teams from Asia, followed by 25% from North America, 7% from Europe, and 4% from Latin America. 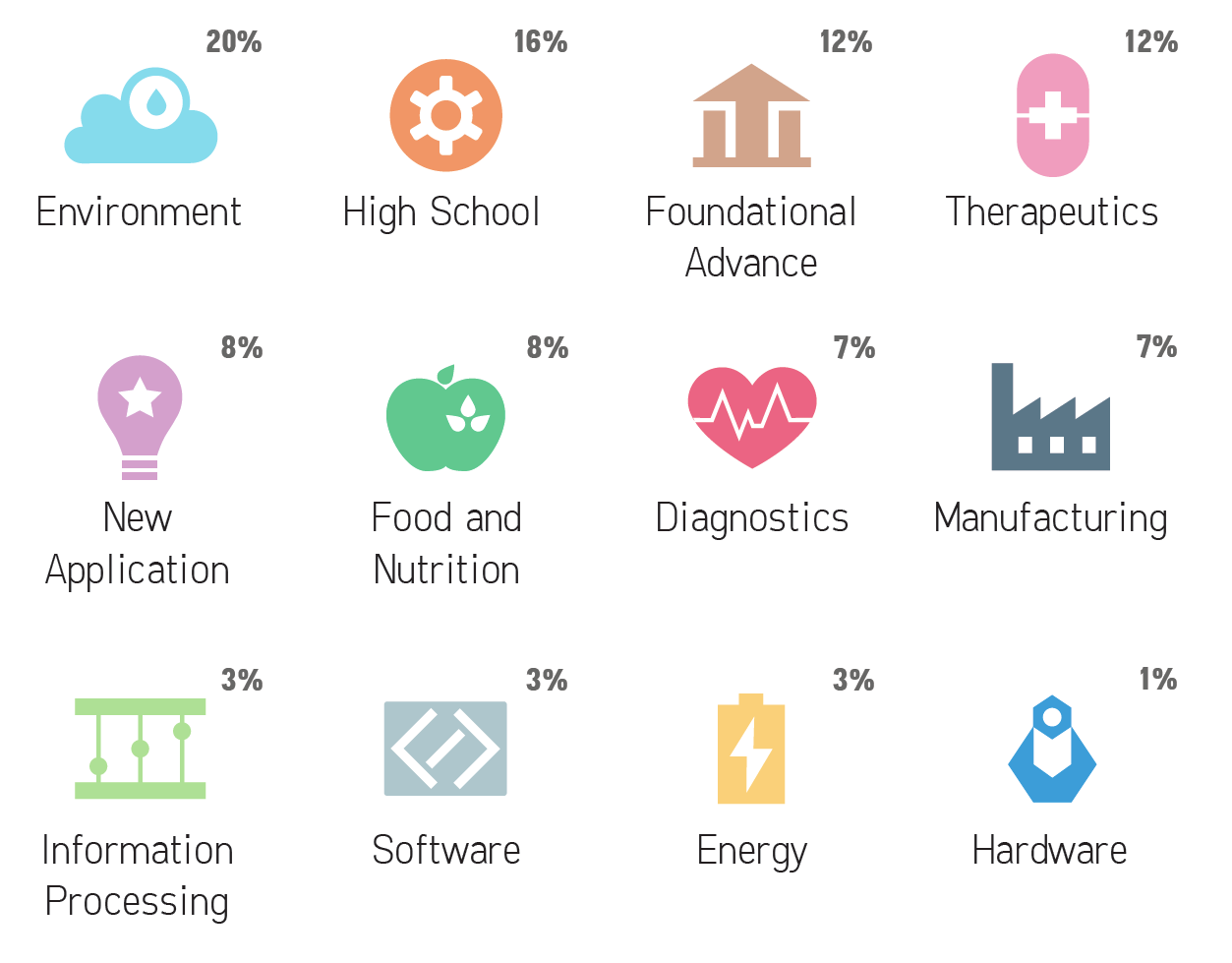 Environment was the most popular choice with 20% of teams participating. Health came in second with subcategories of Therapeutics (12%) and Diagnostics (7%). 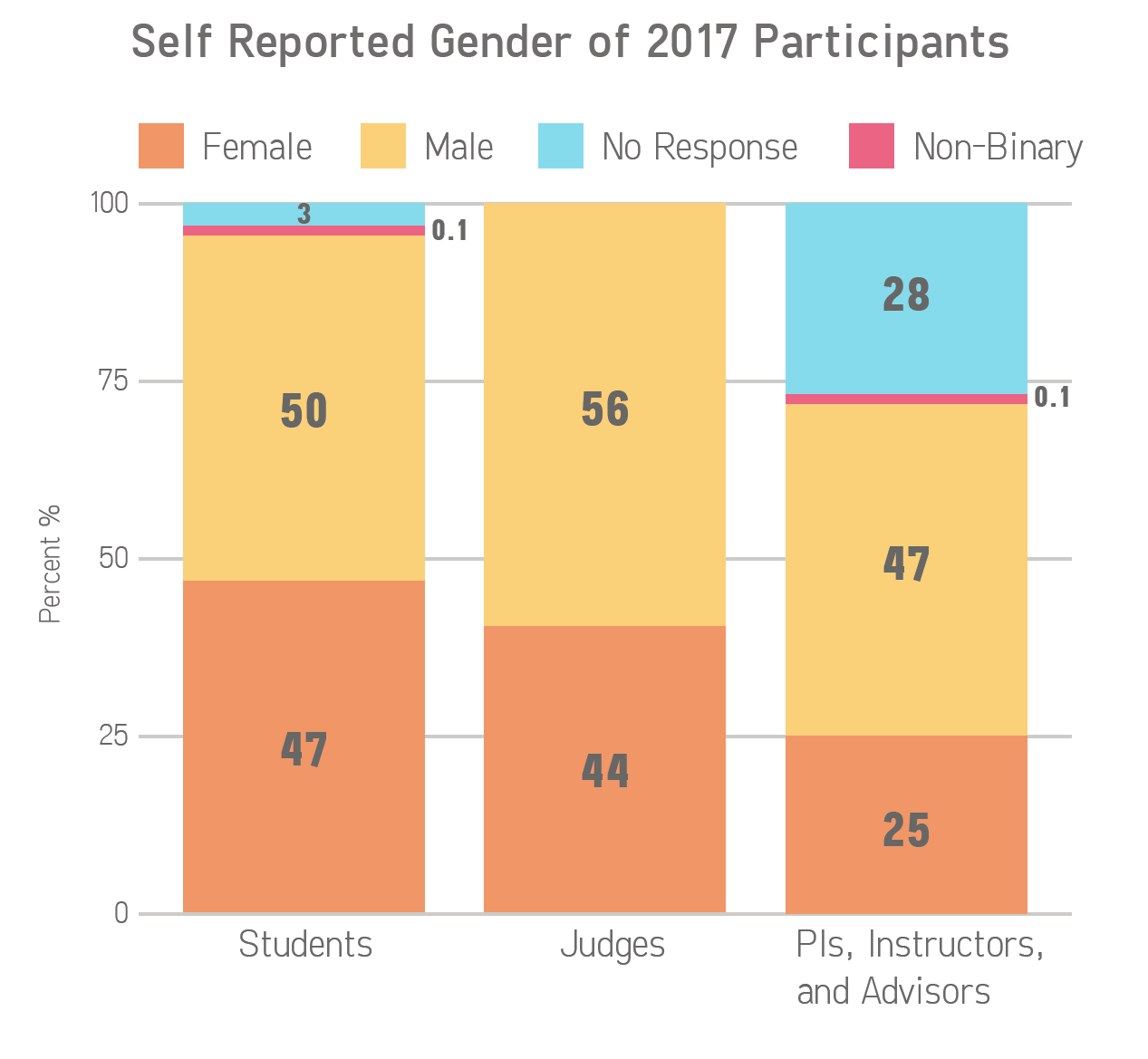 Women's participation in iGEM reached an all time high in 2017, with women comprising 47% of student team members. Although the number of women engineers has increased in recent years, recent data shows that women only make up around 20% of those earning degrees in engineering and only 1.5% of the entering workforce (data from NSF). iGEM is proud to be doing its part in closing the gender gap and positioning women to be leaders in the workforce.

If you are interested in supporting future iGEM teams through mentorship, let us know here

If you are interested in participating in discussions on improving diversity in iGEM, let us know here

If you are interested in reporting on other iGEM news from around the world, let us know here, or join the Reporter Program Interest Group